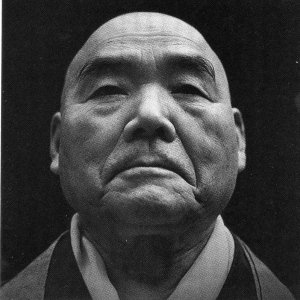 My eyes were glued to the man the entire concert at Piedmont Park. I glanced at his rocking guitar mates occasionally, but quickly zinged back to Paul. My discovery — the man is a goofball. He’s wacky. When he first strolled onto stage, he said,“When I’m at these things, first I like to take it all in.” Then he stepped right of the mike, leaned back on one leg and put his hand on his chin, as though considering a huge piece of artwork. The crowd went bananas. After a guitar change, he approached the mike doing a stagger step jelly body kinda thing, lips puckered. Then he alternated jabbing his hands high and low, as though doing a bird dance.

His movements were a constant form of play. He mimed at throwing his guitar into the crowd. He clowned with his guitar tech — that poor harried man who was often late — balancing his Hofner bass over his head like a juggled broom, then pretending he might let it swoop down on the guy’s head. And the facial expressions! Jamming on lead guitar (he does a mean lead), he flashed wide-eyed wonder, an oh-man-I-love-that-chord-as-much-as-you-guys look. The open mouthed, toothy God-this-is-really-great-with-you-guys look was used often, as was the bug-eyed and wondrous stare into the audience that said Gee-I’m-just-as-surprised-and-happy-to-see-you.

He was unafraid of poses like the fist in the air, or the shaken finger pointed at the audience. He transcended each pose with a hair shake and a hint of tongue, making them authentic. During “Live and Let Die” flames shot out of the fore stage and fireworks erupted. Afterward, Paul leaned against his piano, waving his hand at the smoke and coughing. He mimiced the explosions with his hands, and tapped his heart with a worried look.

His every movement seemed to say: This is me. I am Paul. I will ridicule my own pyrotechnics. I will tussle my hair as much a I like. I will skip to my grand piano as if skipping down Penny Lane. I will do an odd, head pecking dance as I change guitars.

I was reminded of the witty, uninhibited news conferences of the early Beatles that won so many people over. Sure, their hair was different. But it was the full-loving attitude and weirdness that grabbed people.

**KNOWN THING No. 27: There is a power in being weird. And the added benefit of being happier.

Robb Skidmore writes upmarket literary fiction. He is the author of “The Pursuit of Cool”, a critically acclaimed coming-of-age novel about love, music, and the 80s, and the novella “The Surfer.” His short stories have appeared in many publications.