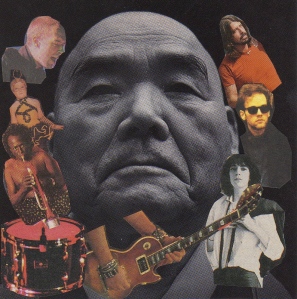 The story of the three Followill brothers (plus a cousin) is one that would naturally appeal to English fans, predisposing them to worship and salivating claims of authenticity. The sons of a traveling Pentecostal minister, the journey of these Tennessee boys, from discarding church life to finding Led Zeppelin and worldly vices in Nashville, is now well known. But even after making it big and a Rolling Stone cover, this concert — their first live album and concert video — seems a big deal to the Followills. During these twenty three songs, a zillion camera angles record the Kings and the humble zest of their musicianship.

You sense it hasn’t all gone to their heads, and their basic Southern humility remains intact (which bodes well for their musical development). They are not ones for rock god posing, masturbatory hijinx, or narcissistic pandering. It’s all about the music, and the inner journey they take you on. Their last album, Only by the Night, moves them into a more U2 oriented arena rock stance. They set a deep, thoughtful tone and this live show at times mesmerizes. London fans won’t be fooled, and the Kings prove up to the task of being arena rockers.

Their stripped down rock n’ roll has a very American feel. They’re Tom Petty meets Pearl Jam with a healthy slice off the Lynyrd Skynyrd wheat loaf. Their songs have a timeless rock sound, yet are valid and distinct in a millennial way. Highlights include “Knocked up,” a tale of defiance and longing, with lead guitar accents a la the Edge and a rolling Johnny Cash groove used to trancelike effect. Caleb Followill’s  unusual vocals are on display, at times pleading and sweetly human, at times roaring and pained. On other songs, like “Use Somebody” and “Manhattan” his vocals have a bluesy imperfection, a rasping quality which gives the atmospheric guitars a grounding. Their songs have a generally positive, inspirational feel, though the song  “Knocked Up” dips into desperate melancholy and “Cold Desert” has a haunting feel.

Their songs from Aha Shake Heartbreak like “The Bucket” and “Taper Jean Girl,” achieve a ringing guitar perfection of garage rock, with an insistence found in New Order and Gang of Four. A faster tempo is their natural speed. Only by the Night, their most recent album, sticks with a basic guitar and drums emphasis, with the slick recording tricks to a minimum, making them transferable to the concert experience. Even the more thickly produced, heavy “Crawl” still retains a live pulsating Kings heart.

One of the joys of this concert is that the songs all have a cohesion, a sense they all spring from the same gentle consciousness, and build on one another to achieve something larger. Their lack of movement onstage (even for the concert video! — come on dudes, jump in the air just once!) might lose some viewers, but for concert fans like myself, who prefer to hear and commune with the music rather than see a fake spectacle, it works just fine.

Robb Skidmore writes upmarket literary fiction. He is the author of “The Pursuit of Cool”, a critically acclaimed coming-of-age novel about love, music, and the 80s, and the novella “The Surfer.” His short stories have appeared in many publications.

2 replies on “TMiK Music Review: Kings of Leon, Live at the O2, London”

Great thoughts. Kings of Leon are being played more and more on my iPod these days. I’m a huge U2 fan and I can see how the Kings would also translate well to an arena. Looking forward to reading more of your posts.

Thanks Ashley. Likewise, Coldplay has also added some U2 vibe to their last album. It seems to be in the air.